Save Your SearchRefine Search

See our available mountain homes below. Contact Monarch Realty to schedule a showing or to learn more.

Create an account to save your favorite listings and to get updates on similar properties. 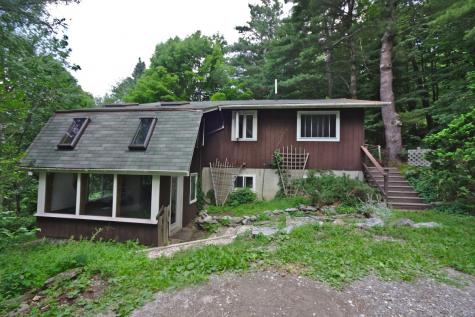 Get away from it all and live on West mountain secluded in your own tranquil home nestled in the woods. This spacious home was once a two family home with up and down 2 bedroom units. Currently a single family with many rooms and different ways to lay out. There are 3 bedrooms with 2 full baths, a living room and a family room. The sunroom with the balcony is fun and the deck off the upstairs living room takes in some of the view. The deck off back utility area comes right from the garage. This garage also has a workshop on second level which you can walk into from the backside. Many updates including new on demand propane heating system.

Location! Location! Location! Move in ready ranch on quiet street in desirable west end. Granite counters, cherry cabinets, hardwood floors, skylights and much more! Updates have been completed in this beautiful home. Sit on the deck with your morning beverage and enjoy the mountain views!The source of all representations are from the seller or a public source. Broker has not verified same. It is recommended that buyer independently verify all information. 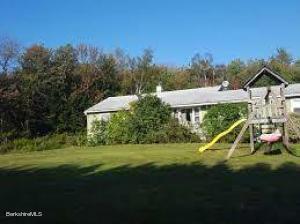 Make this one your own. A 3 bedroom ranch on top of a mountain in peru, with a gorgeous view of the sunset and starry skies. Close to beautiful hiking trails at dorothy rice, a few miles from lake ashmere, and 20 minutes to pittsfield. This parcel has 2.4 acres with woods and a shed for raising chickens. Right on the main road and easily access to pittsfield that feels like a retreat from the rest of the world. Fenced in backyard for pups or kids. 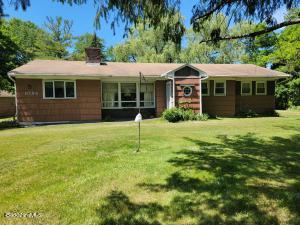 Business zone with 800' of direct ashuwillitcook rail trail frontage and very close access to cheshire lake! 2 acres of land with house & garage. House has 3 bedrooms, 1 bath, vinyl windows, large livingroom open to dining room & into kitchen. Huge sunroom with access to basement. Is tired, needs updating but has great bones. Bring your ideas and your imagination to bring this property back to life! With clean up of the rail trail front there is a great potential lake & mountain views. Seller is selling ''as is.'' septic system will not pass title v. Seller will not entertain replacing septic system. Buyer must replace septic system. Easy to show but pre-qualified buyers only, please. 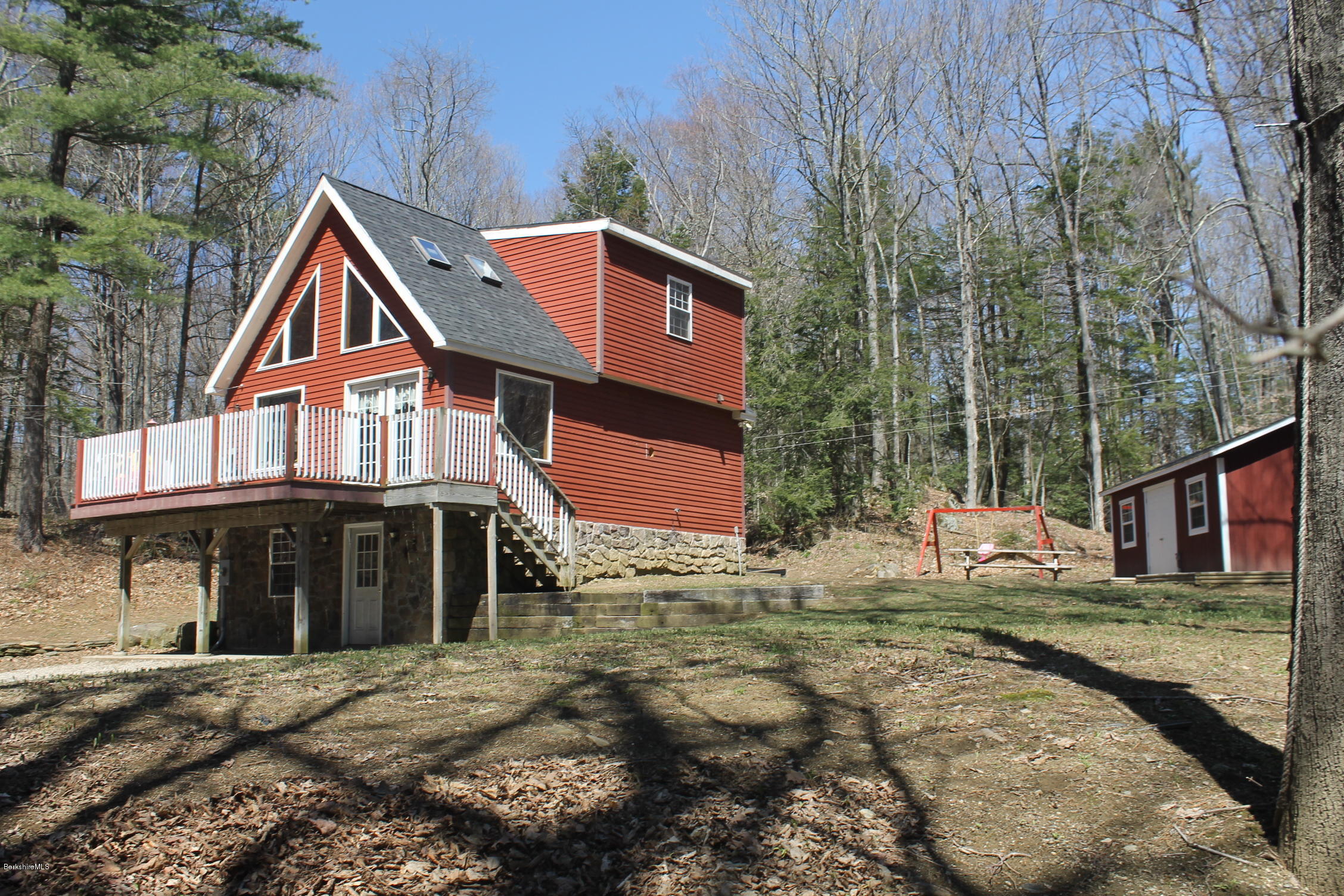 Indulge in your own private abode. Thrive in the cover of the trees, and the mountains, in this country home. It is located in the wooded hills of the chester village. 2 bedrooms, 2 baths with open living space. This living space offers an abundance of natural light, oak cathedral ceiling and doors that open up on to your deck ! Enjoy nature, privacy, family, friends! The property offers a small shed and barn. Wooded and cleared land. New roof and septic. In addition the property also has genbox , however has rarely been used. This property is located 1 hour from hartford, ct(53miles) and. 30 mins to westfield, ma (18miles) and 45minutes to lenox, ma(27miles) 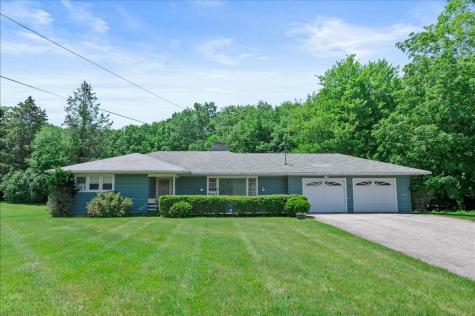 Convenient one level living in this 3 bedroom ranch with hardwood floors and 2-car attached garage. Gorgeous mountain views from the front patio and 3 acre level lot to enjoy. New boiler, oil tank and shower installed in 2020. Laundry room located in the basement next to the rec room, which is waiting for your finishing touches. The spacious garage includes a workshop off the back and a walk-up attic. Peaceful country setting just minutes to town. 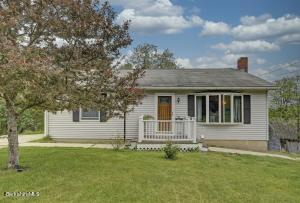 Location, location, location! This beautiful two bedroom ranch has all the appeal of berkshire living. It is located on a beautiful dead-end street and is just minutes to downtown north adams and all kinds of cultural offerings including mass moca. The spacious living room has beautiful hardwood floors and tile flooring at the entry. Open kitchen dining with plenty of cabinets. Enjoy your summer evenings on the beautiful deck overlooking the mountains.This home is a must see, call for your private showing. Don't let this one get away! 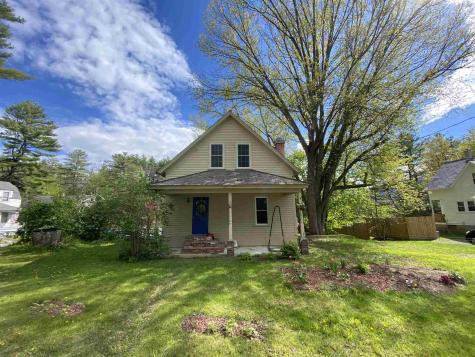 Picture perfect 3 bedroom home walking distance to everything Arlington has to offer. Sweet front porch to take in the mountain views leading to a formal foyer with half bath. Living room is generously sized with brick hearth surrounding the wood burning fireplace. Formal dining room, first floor bedroom, mudroom off the large, eat in kitchen. Second floor offers two large bedrooms and full bath. Unfinished basement for storage, large workshop in addition to the garage. Garden space, fenced in yard, nicely landscaped. The Village of Arlington is a small but busy community with its own farmers market, pre k - 12 school, rec center, dairy barn and countless other amenities.

Unique opportunity to live in the main house and rent the apartment above the garage. Or have a guest house/ place to air BnB. The garage with an office area and a bathroom could be a great work from home space. The main house is a beautiful 3 bedroom with hardwood floors throughout, open concept kitchen and dining room, first floor laundry and full bathroom, upstairs has 2 bedrooms. The landscaped yard is sweet and somewhat secluded with a covered sidewalk to the apartment steps. The apartment above the garage has a little deck, quaint kitchen open to dining area and living room, a bedroom, full bathroom plus a loft bedroom upstairs. Well maintained and currently set up as an investment property with fantastic tenants who would be happy to stay as well. Just minutes from Bennington village one way and the other way the Appalachian trail and Prospect mountain with cross country skiing just up the road. 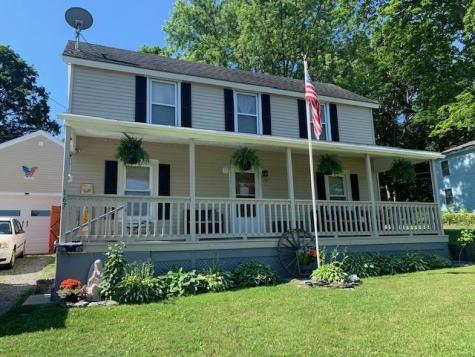 Enjoy the mountain views from the front porch of this contemporary farmhouse. Updated kitchen and baths, open living/dining area, first floor laundry/half bath and mudroom. Upstairs is the primary suite, full bath and two guest bedrooms. The back yard is home to your very own private retreat with "tiki bar", portable hot tub and separate soaking tub, fire pit, raised beds and crushed stone patio area. Current owners have planted peach trees, apple trees, lilac bushes and herb gardens and there is space for a vegetable garden if so desired. Mature landscaping, detached garage, 0.27 acre. This truly is a home, sweet home! 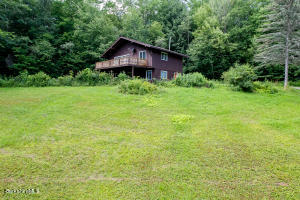 Excellent opportunity for turnkey getaway or investment rental property! Located in the low, low tax country town of hancock, close by jiminy peak mountain resort and the ramblewild aerial/canopy park as well as all the cultural attractions of northern berkshire in williamstown and north adams...Williams college, clark art institute, williamstown theatre festival, the cutting edge mass moca and so much else, this is the perfect affordable getaway for all seasons. Only three hours by auto from nyc and downtown boston, and just 45 minutes from the ny capital region, and offered fully furnished, it is ready for your escape to the beautiful berkshire fall foliage season and the full complement of all that a berkshires winter provides, from enjoying the serenity of a mountain snowfall in front

One distinctive aspect of life in the northeastern U.S. is the region's history. The earliest European settlers that came to America did so in what they aptly named “New England”; apart from a few native American Pueblos of the west, New England boasts the site of the nation's oldest, continuously occupied and most historic homes. This home, built in two stages, 1750 & 1850, has been lovingly preserved and updated over generations and provides the next fortunate owners 2,100 SF of home sweet home. Don't expect the latest here but expect authenticity and a friendly warm feeling that wraps around and holds you. There's plenty of room inside and outside as well thanks to over an acre of land for play, gardening, hobbies, or just plain relaxing. The active railroad tracks at the rear of the property carry several trains a day, great for enthusiasts. Information from the Historic Site Marker placed on the property: EARLY EIGHTEENTH-CENTURY SETTLEMENT This site commemorates the gateway of Vermont's earliest Dutch settlement, the Rensselaerwyck Manor settlement. The Diel Homestead, built by Bastion Diel in the early 1700's is considered the second earliest dwelling in Pownal. The property's large Dutch barn still stands across this historic roadway, today's Route 346, which passes through Massachusetts, Vermont, and New York. Bastion's grandson, Mikel Diel, also lived here, was a Green Mountain Boy under Colonel Seth Warner, and fought at the Battle of Bennington August 16, 1777.

Copyright 2021 New England Real Estate Network, Inc. All rights reserved. This information is deemed reliable, but not guaranteed. The data relating to real estate for sale on this web site comes in part from the IDX Program of NEREN. The information being provided is for consumers' personal, non-commercial use and may not be used for any purpose other than to identify prospective properties consumers may be interested in purchasing. Data last updated August 3, 2021.

Based on information submitted to BCMLS  as of August 3, 2021 . All data is obtained from various sources and has not been, and will not be, verified by broker or BCMLS.  All information should be independently reviewed and verified for accuracy. Properties may or may not be listed by the office/agent presenting the information. NOTICE: Many homes contain recording devices, and buyers should be aware they may be recorded during a showing.